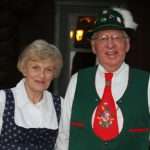 Many Minnesota golfers have never experienced the dramatic beauty of The Lakes Golf Course at Ruttger’s Bay Lake Lodge. If you fall into that category, make a promise to yourself: spend a day at Ruttger’s this season. Not only will you be thanking a pioneer in Minnesota resort golf history for his contribution, you will feel the deep roots of family tradition. In addition you will enjoy a memorable golf experience.

Many Midwest golfers who travel to play the variety of wonderful golf courses in Minnesota’s resort country have never played The Lakes Golf Course. After June 3rd golfers will never again have that opportunity. Oh yes, the remarkable golf course will still be there but the name will change to Jack’s 18.

This golf writer has been a friend of Jack Ruttger for over 40 years. Jack reflects all that is good in the hospitality industry. Ruttger’s Bay Lake Lodge, where friends are treated like family, has been doing it right for 120 years. Jack Ruttger has continued that tradition. And he has passed it on to his family, the next generation of resort operators. Jack spent millions building a golf course on his family’s property, not because he wanted to play golf, but to provide another amenity for resort guests. The golf course has never sought the spotlight with MGA Championships or State Opens. It has remained a low-key golf operation maintained in ideal conditions for resort guests and area residents.

It is difficult to maintain concentration on your golf game when playing this gem of a course. Each trip around this slice of wilderness will draw you back to days gone by. Back to the days when Jack’s grandfather would take a horse drawn wagon to the train station to transport guests to his primitive resort.

Jack, 88, became the third generation Ruttger to operate the resort after his return from serving in the Korean War. Jack was instrumental in the building of a regulation length golf course, which opened in 1986 as a nine-hole course. Soon after Jack began work with prolific Minnesota golf architect Joel Goldstrand. They expanded the course to 18 holes in 1992. The beautiful new golf course named The Lakes Course.

Goldstrand did a masterful job of blending the original nine holes with his new nine demonstrating his flare for memorable holes. Goldstrand routed The Lakes Course through wilderness property that was homesteaded by the Jack’s grandfather almost 100 years earlier. The golf course features million dollar views of the same lakes contained in the original Ruttger homestead.

The golf course features two of the most unique par-3 holes of any golf course. A book could be written about the 18th hole alone. If Ruttger’s were ever to host a televised golf tournament, the drama that would unfold on the 18th would keep viewers glued to their flat screens. All 220 yards of this blue monster over the lake can be witnessed from the deck of Zig’s Restaurant. Golfers who have had their dreams drowned on the 18th will delight as they watch others share their memories. An occasional par will make golfers think that there might be a chance for their game. The little sister of 18 is the short, but tough 15th. The sliver of a green with three different levels proves time and time again, that a round at Ruttger’s is not over until you have completed this hole. As tough as they are these holes will stick in your mind forever.

“With the resort celebrating its 120th anniversary this summer, we felt it was fitting to rename the course after my dad, Jack,” Ruttger’s President Chris Ruttger said. “He has been a giant in the resort industry and our history. The course’s name stands as a monument to all the lives he has touched.”

The idea to rename the course has been in the works for a number of years, but Jack always said no because he prefers to direct credit for his contribution to Ruttger’s to others – especially the many employees who have worked at the resort through the years. “It’s quite an honor. I’m humbled,” Jack Ruttger said.

The course will be officially renamed at 1:30 p.m. on Sunday, June 3 in a ceremony at the golf course. There will be an open house with cake, Jack will sign limited edition embroidered golf flags and following the ceremony, golf will be discounted to $18 in honor of the new name.

“I think it’s great that all parts of Ruttger’s golf operations are now named after their founders; Alec’s 9, Jack’s 18 and Zig’s,” Ruttger’s Golf Professional Dave Sadlowsky said. “Nobody deserves the recognition more than Jack.”

A History Of Golf At Ruttger’s

Ruttger’s original nine-hole golf course was designed by Haas (Zig) Ziegler and developed by Alec Ruttger, second generation Ruttger’s owner. The course opened in 1921, becoming the first resort golf course in Minnesota. Known at the time as the “Golf Links,” it later became known as the “Yellow Course” and “Lodge Course.” Jack Ruttger doubled down on the golf operation by adding an additional nine holes in 1986. The newly coined “Bay Lake Golf Club” incorporated the new “Green Course” and the old “Yellow (Lodge) Course.” In 1992, another 9-holes was added to the “Green Course” and the newly created championship “Lakes Course” was formed. The “Lodge Course” was eventually named “Alec’s 9” after its founder. In 1994, the new clubhouse restaurant was named “Zig’s” after (Zig) Ziegler.