COVID-19 has changed the world. Sports fan have starved. Golf fans are the first to welcome back their heroes. During the Stay At Home quarantine, Bryson DeChambeau re-made himself physically. Built like a linebacker and hitting the ball even farther, look for Bryson to break through in a major in 2020. 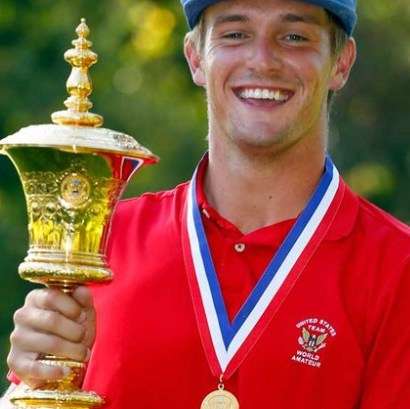 His answer, “A game changer is a person who happens to be at the right place at a precise time when all the planets align for him or her. Those game changers somehow seduce the masses, and cause a reaction. Positive or negative.”

Game changers are people with the uncommon ability to convince the masses to gladly “drink the Kool-Aid.” Bob Jones, the golfer not the preacher, who won everything as an amateur and went on to create Augusta National and the Masters, was definitely a game changer. However, the Psychic did not witness the coronation therefore he cannot express an opinion.

In the 1950s television became affordable to the masses. For the first time golfers and non-golfers could watch the action unfold and experience first hand the beauty of championship golf. Arnold Palmer made millions as the bigger-than-life golf hero.

In 1958, (with Dwight Eisenhower, a war hero, Augusta member, and President of the United States) the Master’s tournament committee invited soldiers from near by Camp Gordon to serve as scorers for the tournament. The ’58 Masters was only the third Masters ever televised and the stunning beauty of Augusta National mesmerized golf fans across America; they could not get enough.

In the late 50’s Arnold Palmer, a Coast Guard veteran, was a rising star on the PGA TOUR. Through the first three rounds of the 1958 Masters tournament, Palmer had worked his way to the top of the leader board as the soldiers posted red numbers after his name. The soldier scorekeepers and Palmer had somehow become brothers. They bonded; the military men had become Palmer fans.

There were no ropes in those days, as soon as a shot was hit, fans would race to the ball to get a front row view of the next. Then, the marshals would part the galleries to allow players to get to their ball. On that final day in 1958, Arnold Palmer and Ken Venturi were locked in a duel for the green jacket. As the huge crowd of golf fans closed into a claustrophobic circle around Palmer, TV viewers fell in love with the Pennsilvania golfer with Pop Eye arms and huge hands. Looking more like a street fighter than a gentile golfer, Palmer whipped Venturi the golf legend. As the throngs of golf fans raced from one choice viewing spot to the next, the term “Arnie’s Army” was coined. The rest is history.

With the economy booming and a migration to the suburbs well underway, golf became very popular. Arnold Palmer was anointed King of his growing army. Palmer, the game changer, had become a television ‘super hero’ with his go-for-broke style. Even non-golfers became members of Arnie’s Army.

A second example of a golf game changer is Tiger Woods. Tiger had that magnetic personality and a golf game to match. Tiger brought a generation of kids into the game. Tiger Woods was the first true black golf hero. His image on the television screen integrated many private golf clubs. At the U.S. Open at Pebble Beach and The Masters, Tiger eclipsed the field setting scoring records that seemed impossible. With a Stanford mind and an athletic body, Tiger truly changed the game. Everyone jumped on the bandwagon. Kids took up the game. Real estate developers built golf courses at a record pace to sell lots for homes around the course. He forced golfers to become athletes. The workout ethic that Tiger brought to golf made strength trainers as important as caddies for the winners on the TOUR – and the amateur want-a-bees. Tiger singlehandedly turned Nike, a sport shoe company, into a leading golf company in a very short time. Tiger Woods became one of the world’s best-known people.

Psychic was asked, “Is Jordan Spieth the next game changer?”

“No,” replies the Psychic. “Spieth is a great golfer and will win many Major Championships, but like Jack Nicklaus, Ben Hogan, even Phil

Mickelson, Spieth is not a game changer. Spieth lacks that magic. Arnie and Tiger are born with that “mystical magic” that cannot be learned or purchased. That magic connects with a special moment of exposure. Palmer’s came at the 1958 Masters. Tiger’s came with the back-to-back USGA Junior Championships where he proved he could not be beaten. Tiger became bigger than Arnie as a TV personality because the world was now watching.

As his crystal ball clears the Psychic sees Bryson DeChambeau as golf’s next game changer. Winning the 2015 NCAA Championship followed by the U.S. Amateur Championship fueled DeChambeau’s rocket to the Masters where he showed the world that he could play with the best. With the exposure that Bryson gained in the recent Masters, golfers stumble with his name and refer to him as “that kid who won the NCAA,” or “the U.S. Amateur champ who has all his irons the same length.”

With his movie star good looks and a personality to match, Bryson could succeed at almost anything. The Psychic sees Cobra/Puma, his new sponsors, riding DeChambeau and Rickie Fowler to the top of golf company stratosphere. With a 4th place finish in his first TOUR start at Hilton Head, copies of DeChambeau’s equipment will jump off the shelf. Training videos will set sales records and YouTube will smoke from overuse. Golf professionals across America will have “something new” to sell to their members who will buy anything to improve their score.

The physics major from SMU who is the self-professed mad scientist/ artist can not only talk the talk he can walk the walk. With his success on the course, with his same length clubs and Jumbo Max Grips, and his genius mind he can sell his program.

The Psychic wants to buy shares in Bryson DeChambeau!!